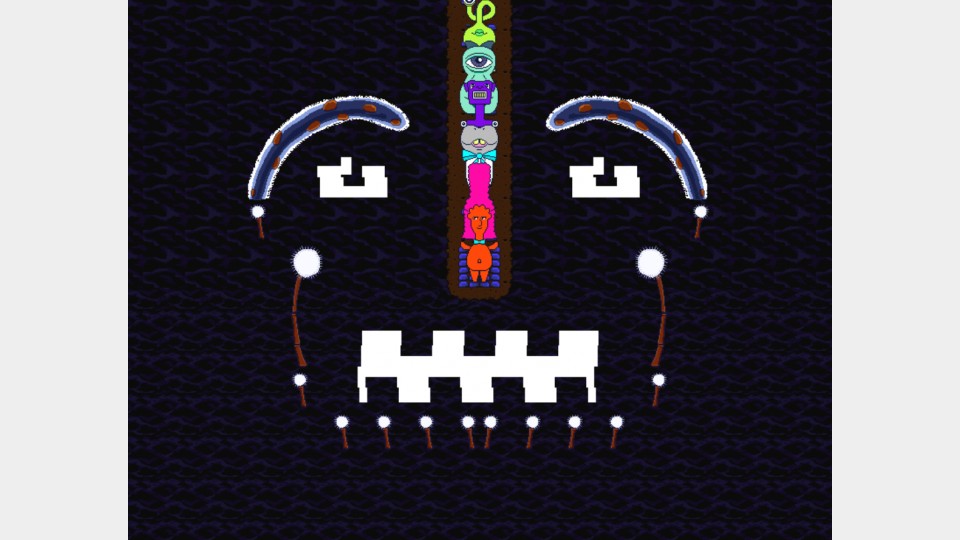 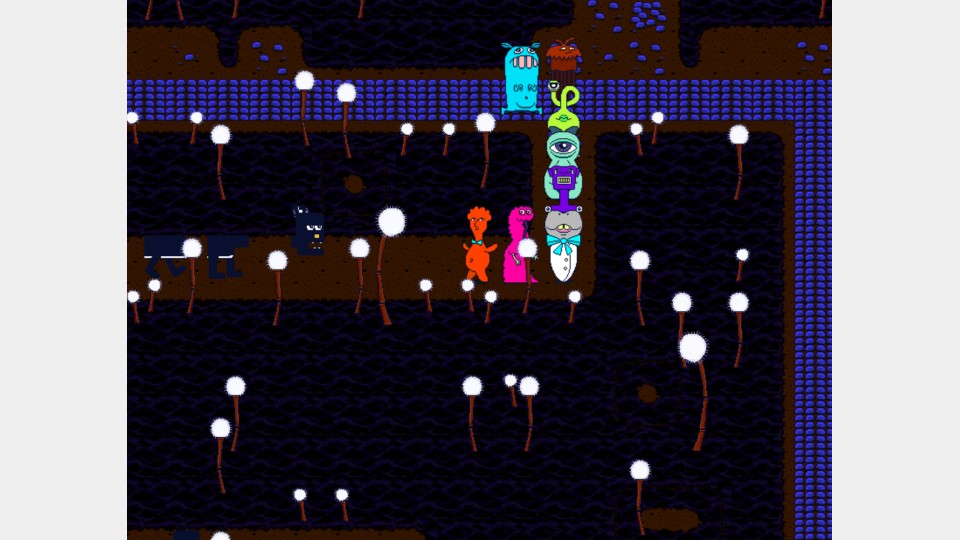 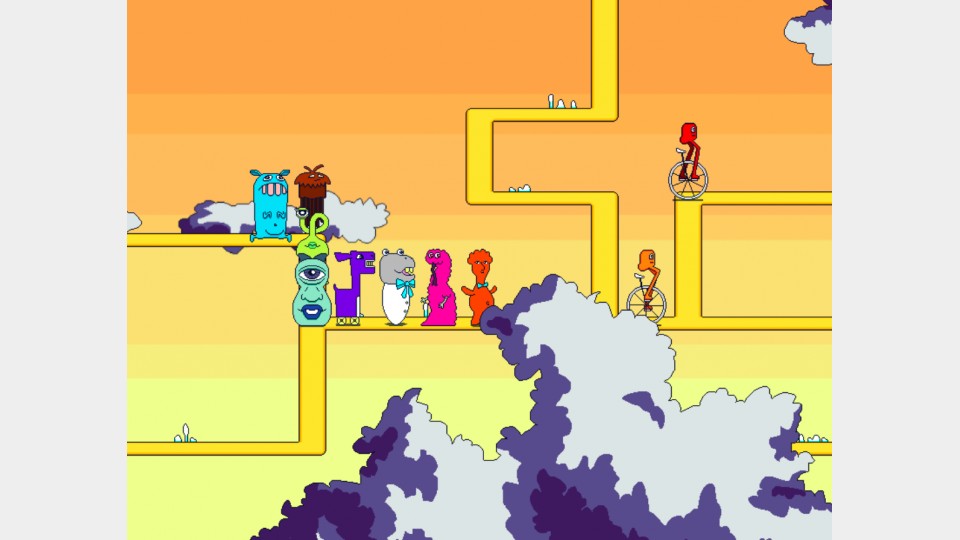 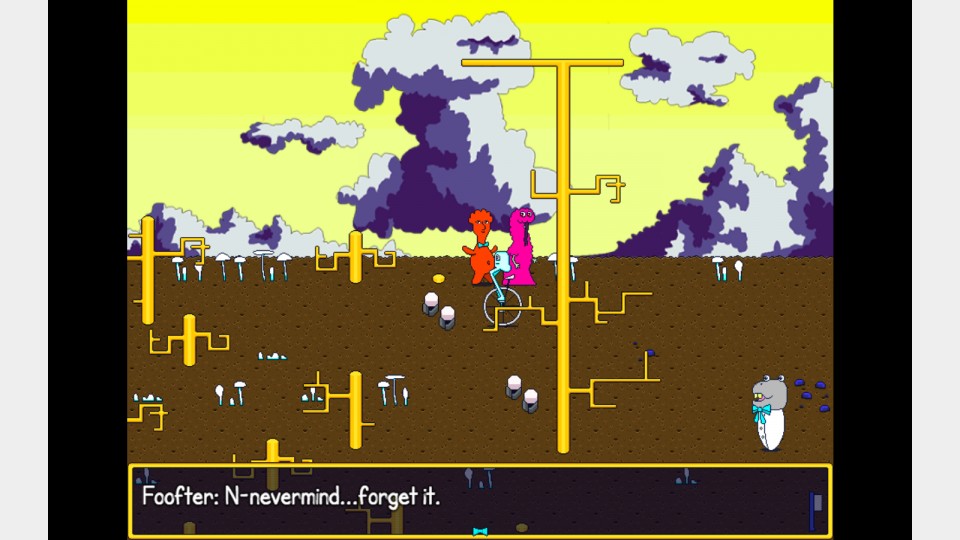 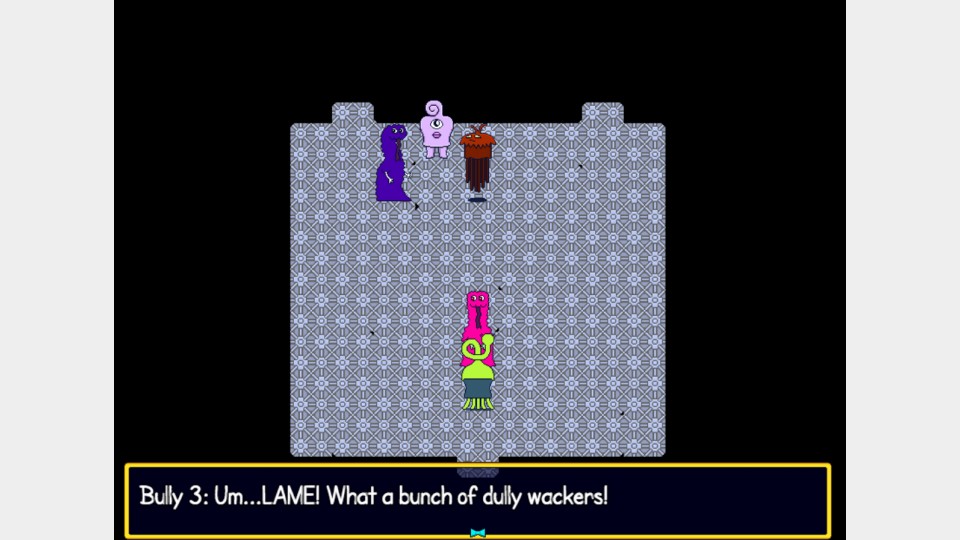 Monster Garden is a walking and talking simulator in an alien world of monster love. It was inspired by my experiences with the "inner playground," a playful imagination-meditation technique developed by Bernie De Koven to train and explore your imagination.

Each of the three "seedlings" (mini-worlds to explore) in the game has a theme, such as the haunting feeling that something is wrong in Seedling 1, the anxious pressure to get things done in Seedling 2, or loneliness and isolation in Seedling 3. The 12 monsters that can join the player represents different ways of dealing with these themes, from silliness to rational analysis to eager excitement. The game is based on the idea that, like the spooky and mysterious entities that the player encounters, internal challenges can become sources of discovery and/or joy when approached with imagination and play.

The titular "monster garden" is the player's base for the game and the home for the monsters they meet. The way the player responds to each seedling (exploring it thoroughly, for example, or going against instructions that monsters give them) brings related monsters and changes to the garden to suit this playstyle.

For example, if you ignore all the monsters and puzzles in the first level and walk straight to the end, you'll meet a monster that cuts to the chase without wasting time on chitchat, while exploring it thoroughly and completing everything attracts a monster that analyzes and explains things. Even ignoring the game's focus on friendship and refusing to be friends with new monsters rewards the player with a monster that has meta-game powers to delete game elements and "break" the game in other ways.

The game is currently 55% done, but contains the levels and basic elements mentioned above.